To promote the launch of EA Sports’ Skate 3, I was hired to direct, shoot and edit a series of videos, initially focusing on media days 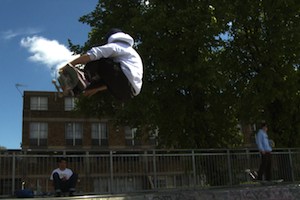 and then on their London City Skateover day.  For the latter I filmed, edited and uploaded 4 videos in one day following a team of skaters as they travelled around London, including outside the Houses of Parliament and Downing Street (pictured): 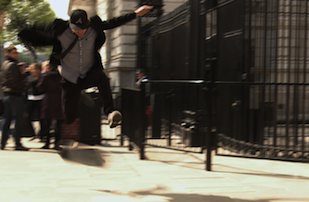