I am an occasional contributor to the Football Association’s FATV, for whom I shoot and edit content.  In particular I produced a ‘Tunnelcam’ video were I shot and edited footage from tunnel and pitchside at Wembley during the England v Mexico friendly in May 2010.  Having filmed during the first half I then handed over the camera and started editing; the piece was finished by midnight and live the following morning where it picked up over 15000 YouTube hits within days. 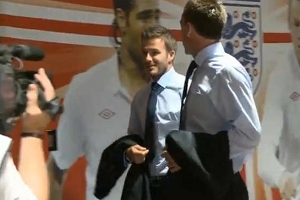